skip to main | skip to sidebar

A year ago I wrote my first post. As I'm writing this one, I'm listening to nursery rhymes as my miracle of a daughter is playing in her gym beside me. I never dreamed a year ago I'd be here in this moment.

I have learned so much about myself and life during my struggle through infertility.

My body is strong. It was put through countless tests, blood draws, injections, and procedures. In the end it was able to carry life; for that I am truly blessed.

My marriage is strong. It was put through one of life's ultimate tests. I learned I have a wonderful husband who will always be there for me. We struggled together and he was with me every step of the way. He gave me the strength to continue and the courage to pick myself up and try again.

Infertility is a bitch. It is ugly and unfair. It is life changing no matter what the outcome.

Infertility has made me a better person and for that I am grateful.

I started another blog.

I wanted a place I could discuss issues other than infertility and pregnancy. I wanted a place I could share my adventures in motherhood, and I didn't think an infertility blog was the right place to do it. I will still have all your journeys on my blog roll and I will continue to follow. Someday I will be able to comment again. It's hard to type with one hand and feed her with the other. The new blog is pretty sparse to start. You'll see why after reading my first post.

I stand by my decision to continue to blog here about my pregnancy. I did not have a guarantee that I would take home a baby. There was so much that could have gone wrong. I did not feel like I had beat infertility's ass until she was born. We finally have the baby we have always wanted. It is time to move on . . .

I hope you continue to follow. I have made so many friends and have found so much support. I would miss hearing from you, but I would understand. Luckily you can't stop me from following you. :) 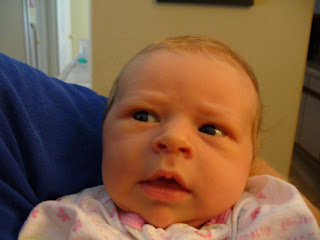 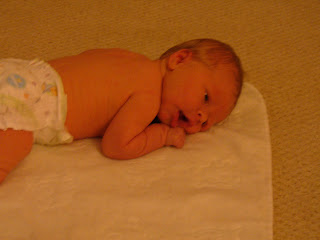 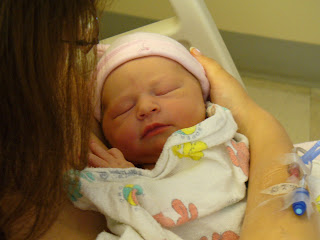 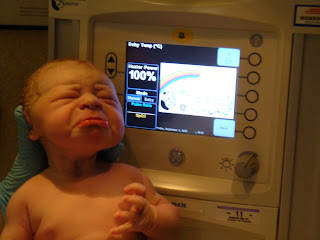 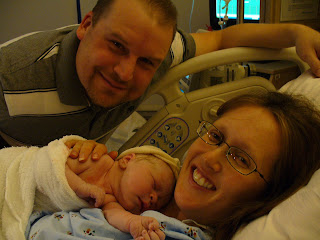 I hope to update soon and tell my birth story so I don't forget the details. I also hope to get a minute to read my blogroll. I can't wait to catch up. I don't know how you new moms still find time to update your blogs regularly. I'm envious of your multitasking.

Born September 4th at 7:45 pm
7 pounds 9 ounces
Worth everything!

I wish I had a pic on this laptop. Will try to send one asap.

She looks perfect to me.
Posted by Just Another Mother at 9:01 PM 12 comments:

To Our Sweet Little Baby,

Tomorrow we meet you.

Tomorrow is the day we have been waiting our whole lives for.

We already know so much about you.

Tomorrow we can hold you and kiss you and see your sweet face.

We can't believe this day is almost here.

We love you sweet Madelyn.

You are a dream come true.

Love,
Mommy and Daddy
Posted by Just Another Mother at 1:02 PM 7 comments:

I Have to Vent

Why don't they think before they spew stupidity?

I was talking to a coworker today on the phone. She just had a baby girl four months ago and has been so generous with giving me maternity clothes, baby clothes, a cosleeper, a baby bjorn, the list goes on. She's a lot of fun to hang out with and we have been getting to be friends more than "acquaintances."

She knows of my IVF treatments and her mom and dad went through several IVF attempts before they ended up getting pregnant with her brother and later her, on their own. She also has at least one other friend who has done IVF. Of all my friends, I didn't think she'd be the one to say something so insulting.

We were talking about one of her friends who went through IVF and got pregnant with twins. A few weeks ago she had told me that her friend went into (very) premature labor and lost on of the twins. I asked how her friend and her baby were doing. She said it was really touch and go with the other baby. She sounded sad for her friend and said they have already gone through so much and she hoped this didn't deter her from trying again if something happens to her other baby.

Then she added, "But, this was her second IVF try. Maybe some people's bodies weren't meant to have babies."

Ummm. . . Do you remember who you are speaking to?! Are you saying I am not "meant" to have a baby?!

I got very quiet. Finally I said, "Getting pregnant and carrying a baby are two very different things. Carrying multiples is always more risky. It has nothing to do with her infertility."

Again, poor attempts at back peddling ensued. I really think she had forgotten how I got pregnant.

I initially tried to blow it off as ignorance on her part, but as I was sitting here on the computer I started stewing about it and getting really disappointed in her. It is yet another reminder that no one will ever understand IF unless it happens to them.

I know so many of us have had this kind of experience. I have more than once. I keep thinking it will get easier to hear these comments, but it never does. It hurts every time.
Posted by Just Another Mother at 1:31 PM 9 comments:

Just Another Mother
I am a 36 year old teacher. My husband and I both struggled with infertility. After two IVF attempts, we finally became pregnant. Our beautiful baby girl was born in September 09. This is my attempt at motherhood. . . 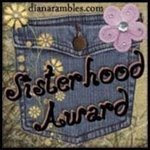 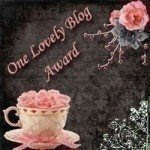